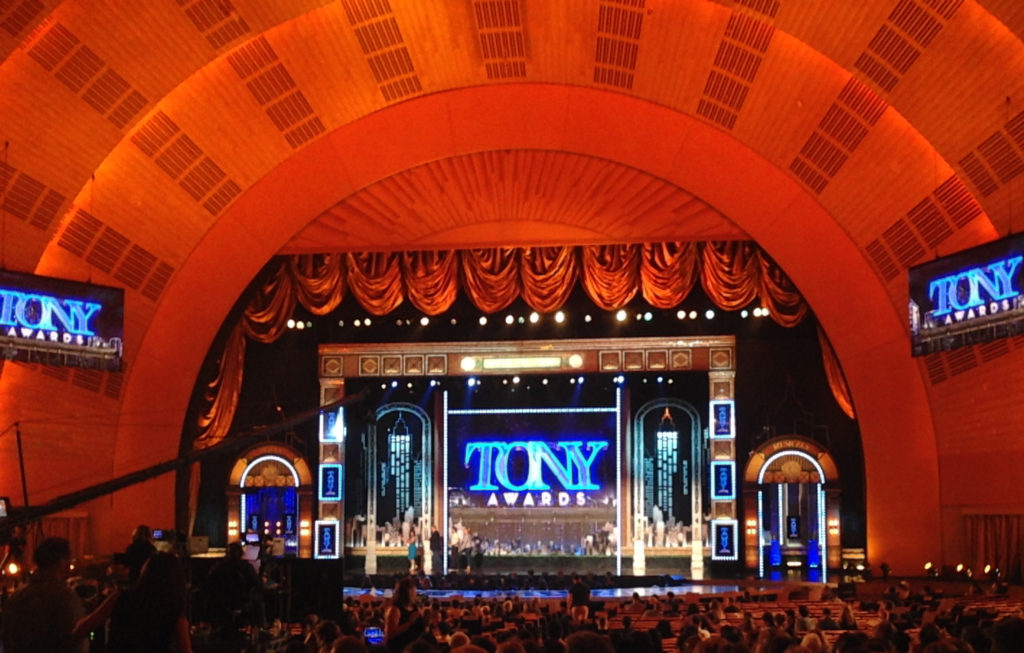 This photo is from this morning’s rehearsal of the Tony Awards at Radio City Music Hall.  This year’s host is Kevin Spacey and it airs tonight on CBS.  My good friend Ed McCarthy is the lighting director.  It’s going to be a fun show.  Watch it!

It’s back to school time again, so as usual a little fun before the serious semester.  I think I’ve outdone myself this time.  Here’s Meat Loaf emoting like there’s no tomorrow with “Paradise by the Dashboard Light”

My classes at Pratt resume tomorrow so it’s time for another video of a song about light.  This is John Fogerty singing CCR’s “As Long As I Can See The Light” and the lighting on this one is actually pretty good.  Have Fun! 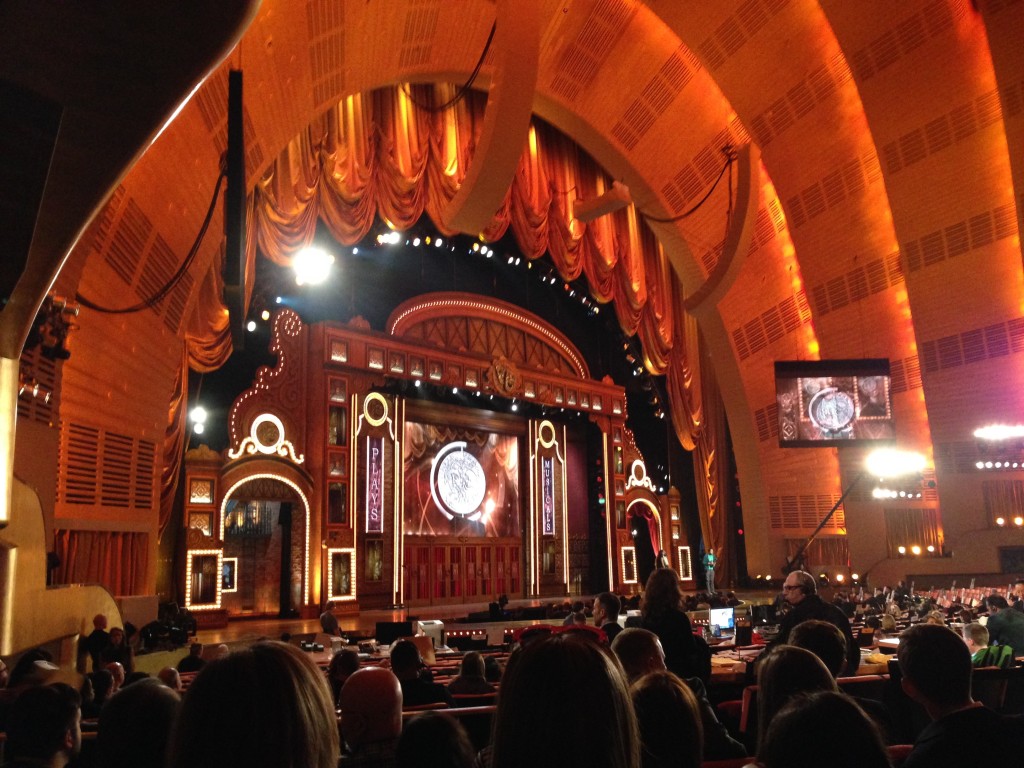 Yes, the Grammy Awards are all about the music, but for lighting designers it’s also about the way the performance are lit.  Last night showcased some of the best and worst lighting you’re likely to see on tv this year.  Among the best was the lighting for Ariana Grande’s performance of  “Just A Little Bit Of Your Heart.”  Surrounded by glowing crystals, luminous fog, and a small backlit orchestra all she had to do was stand still and sing.  The lighting director created a beautiful environment of soft light and slowly changing color that was in harmony with the feeling of the music.

Among the worst lighting was Kanye’s performance of “Only One.”  The song opened with him standing over a beam of light shooting up from the floor.  As he sang he moved in and out of the light, but without meaning or intention.  He was visible at some times and not at others, always with shadows obscuring his face.  At the beginning of the second verse the music swelled, providing an ideal opportunity to build the light so that he was better lit, but nothing happened.  It’s impossible to know why.  Did he tell the lighting director not to change the lighting?  Did he skip rehearsal so that there wasn’t another lighting cue ready to go?  Either way the result was him wandering around, in and out of the light, for the entire song.  Here it is:

I was at the dress rehearsal of the Tony Awards at Radio City Music Hall this morning.  It’s going to be a good show. Hugh Jackman has returned as the host.  It’s tonight at 8 on CBS.  Watch it, then get tickets to the theatre instead of watching more tv. 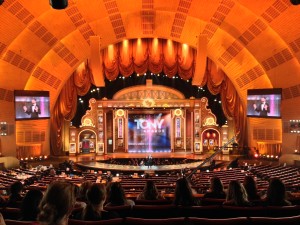 Whatever you thought of Bruno Mars last night (I thought he was terrific), you have to admit that the lighting for last night’s Super Bowl Halftime Show was outstanding!  And it should have been – we would have expected nothing less.  The light, color, movement, and video were clear, supportive of the music and the performances (more so for Mars than for RHCP), and scaled to fill the television screen, the staging area, and the stadium.  We’ll see statistics in the entertainment industry magazines next month, but there were obviously several hundred moving lights and twice as many LED lights and display panels.  It was an appropriately huge rig for a huge show, and it looked great.

There’s an interesting and exciting contrast between the 12 minutes last night and the 90 minutes of Stop Making Sense by the Talking Heads, which I happen to watch on Saturday (and is available on YouTube here). What’s interesting is that this concert has all of the energy of last night’s performance, but rather than back up the music with nearly overwhelming visuals, David Byrne and Beverly Emmons, who are both credited for the lighting design, created a show in which the lighting of the first 1/3 of the concert appears to be accidental, and the rest is still so stripped down that it seems like something must be wrong, especially when compared to today’s visual smorgasbord of color, video and light on contemporary tours.  I’m not knocking big tours at all, I love them, but the contrast between the two shows, and the fact that they’re each successful, is astonishing.

In the film, we open on a slightly cluttered stage with two visible worklights hanging overhead.  An impossibly young Byrne walks on with a boom box and a guitar, and appears to sing Psycho Killer in little more than white worklight.  Of course, the trained eye can see that there’s a lot more going on, but that’s the look they’ve created.  Over the next five songs more musicians are added, and the lighting becomes somewhat more theatrical, with higher contrast and increased intensity on the performers. Yet, it’s not until the fifth song (Slippery People) that a backdrop flies in and it looks like a staged performance instead of a rehearsal in a warehouse.  20 minutes in we get our first taste of “rock” lighting – there’s finally enough haze in the air to outline some beams of light – but it still seems like there’s only one cue per song!  Although I’m sure that there’s color correction used, the entire concert appears to be performed in white light.  In fact, we don’t see any color until the 8th song (Making Flippy Floppy ) a full 30 minutes into the show, and that’s only on the projection screens behind the band!

I could go on, but I won’t.  If you haven’t seen this movie, or haven’t seen it in a while, watch it now.  Between the bold, strong, yet spare lighting and Byrne’s unique performance style, you won’t be bored.  Let everyone else talk about the Super Bowl while you go see one of the best concert films ever made.